What is the balloon frame and example of rehabilitation

In the world of architecture, the framing construction system is based on the fitting of a multitude of pieces or elements to give support and shape to a structure.

The materials used to form the frame are normally wood, industrialised wood or structural steel.

The alternative to construction using the framing technique is generally called solid wall construction (using pillars, carved stone, brick and masonry), and in Europe it is still the most widely used construction system.

In this post we will describe one of the various framing construction systems that exist, the so-called balloon framing.

What is the balloon framing construction system?

Balloon framing is a framing construction method where only wood is used. Balloon framing was developed in the mid-19th century mainly in areas rich in softwood forests: scandinavian countries, Canada and the United States; and it was the most widely used construction system in those areas until the mid-1950s.

How a building raised using balloon frame system looks like

The balloon frame system replaces the heavy beams and columns with dozens of long continuous frame slats (posts) that run from the base of the building to its top, with intermediate inserts that allow the horizontal pieces (crossbeams) to enter and fit together to create the different floors of the building, as well as the windows, doors and various openings.

Advantages of the balloon frame system

The balloon framing system became very popular in Canada and the USA because it is a construction method that does not require qualified labour force with advanced knowledge of carpentry. The advantages of balloon framing are:

Example of a house with a balloon frame system 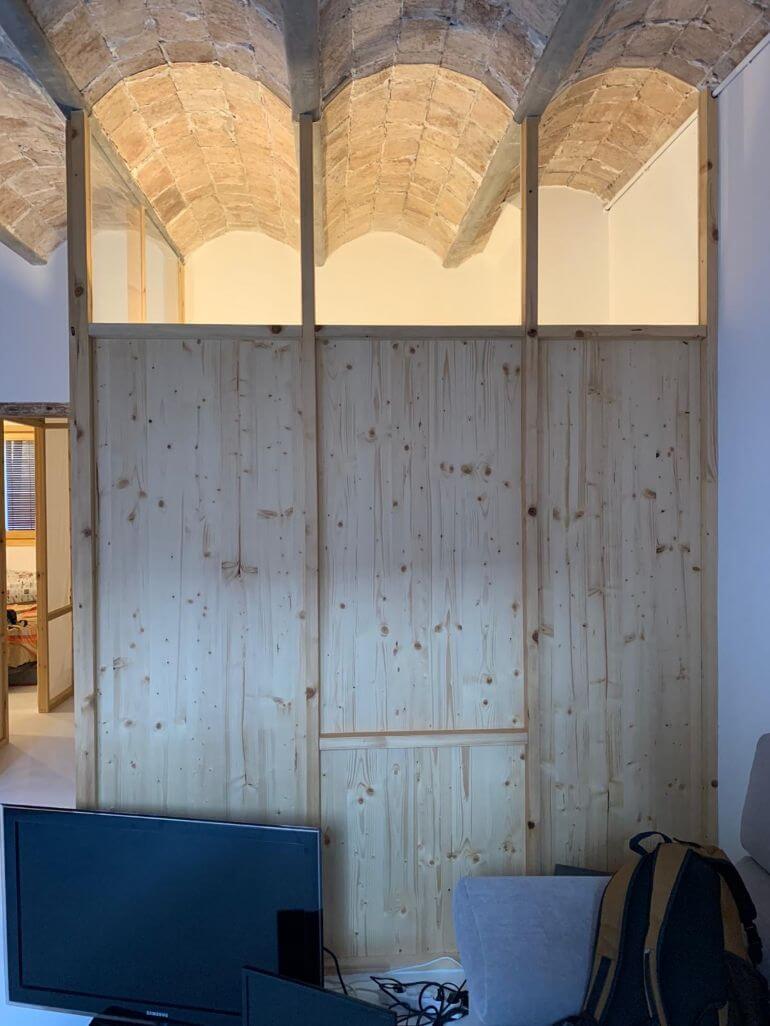 In the rehabilitation of this house in the Gràcia district of Barcelona, we used a balloon frame system for the construction of the different spaces, instead of constructing walls and partitions using classic masonry and brick.

The building was built in 1920 using interbeamed ceramic bricks, and the client explicitly wanted these details to be visible, giving the house its own personality.

The original structure of the house has been maintained, but nevertheless the different spaces have been reinterpreted and separated using a balloon frame structure made of lightweight pine, plywood and translucent linen fabric. 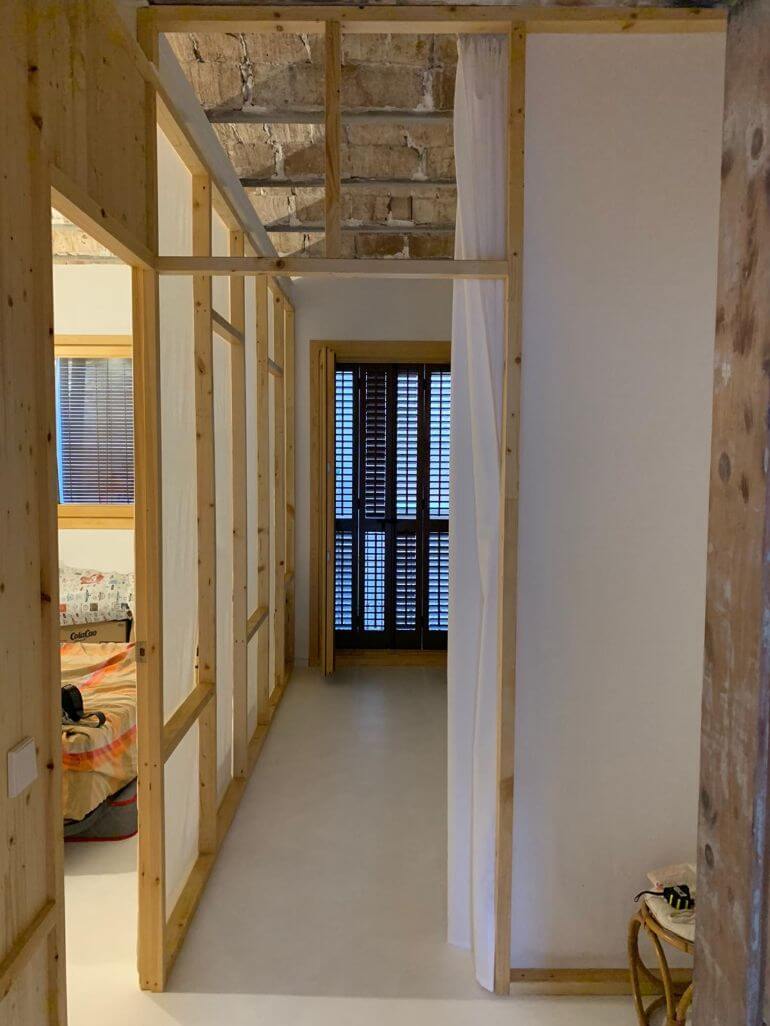 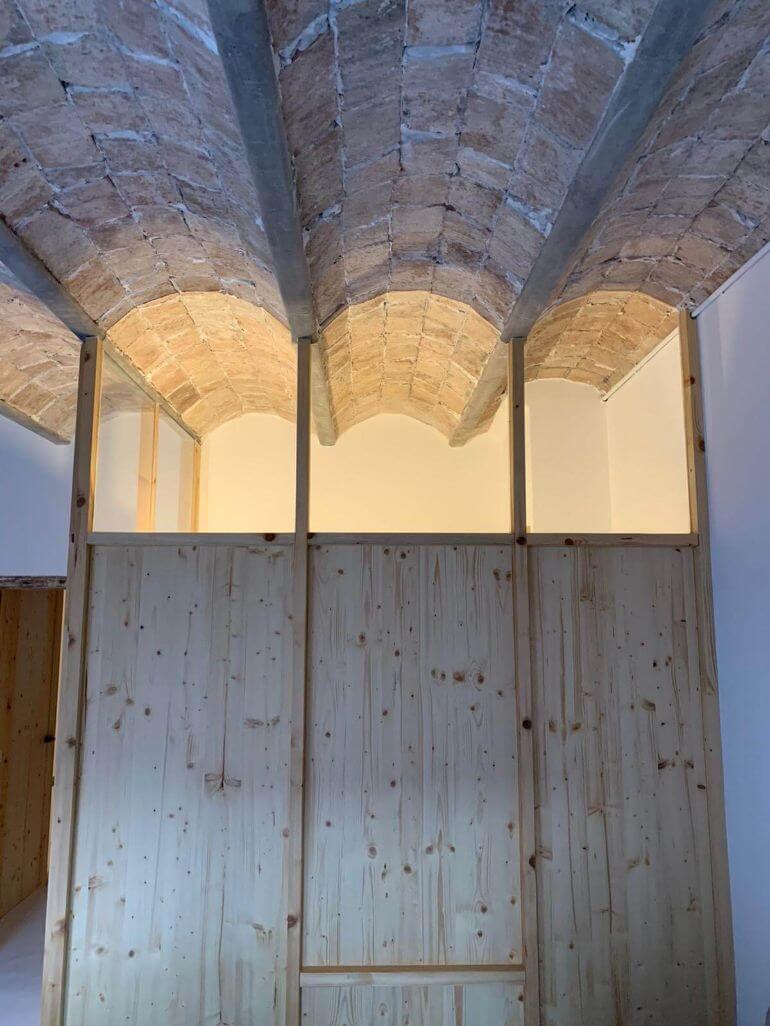 We followed climate strategies that take advantage of the structure of the building itself, maximising solar exposure in winter and minimising heat input in summer.

More details about the project

If you want to read more details about the project you can visit:

If you want more information about the balloon frame system you can visit:

This website will only install analytical cookies if you expressly accept it. The _ga / _utm cookies are owned by Google Analytics and serve to improve our services by analysing navigation. You may revoke this consent, obtain more information and inform yourself of your rights in the Cookie Policy.Accept