The Barcelona City Council has closed an unprecedented agreement with social promoters and cooperatives to speed up the construction of 1,000 new sheltered homes on municipal sites or housing, where about 3,000 people will be able to live. Of these planned homes, 419 will be approved by the end of the year and will be completed in 2024. Of the total, 40% will be for cession of use and 60% for rent. This agreement represents a new formula to guarantee the right to housing and strengthen the community and social network.

Participating in the initiative are Associació de Gestors d’Habitatge Social (GHS), as an umbrella entity that encompasses the sector of foundations and cooperatives and public promoters; Xarxa d’Economia Social i Solidària (XES), Federació de Cooperatives d’Habitatge and Coordinadora de Fundacions d’Habitatge Social, Cohabitac. Barcelona has been inspired by cities such as Vienna or Berlin, since the City Council needs the private non-profit sector to carry out housing projects at affordable prices. Thus, this agreement establishes a section for cohousing and another for rent. In this second case, the objective is to promote the rental of the cooperative regime: a combination of traditional rental, since the cooperative members do not have to contribute an initial fee and pay a rent, and the cession of use, because they are in turn a part active decision making.

This system also streamlines the housing construction process because the bidding is direct. In turn, the promoters have close contact with the users of the houses and, therefore, can more easily adjust to their needs in the process of designing the flats. The City Council also wants residential projects to welcome groups such as the elderly, people with disabilities or vulnerable families, to promote a co-housing model where spaces are shared and the neighborhood community is involved in the day-to-day.

This housing policy, on the one hand, boosts the public-private social housing stock and, on the other hand, supports a growing economic network. In Barcelona, in just three years, the rate of creation of cooperatives has increased by 250%, according to Federació de Cooperatives d’Habitatge.

You can read more about this on Social.cat. 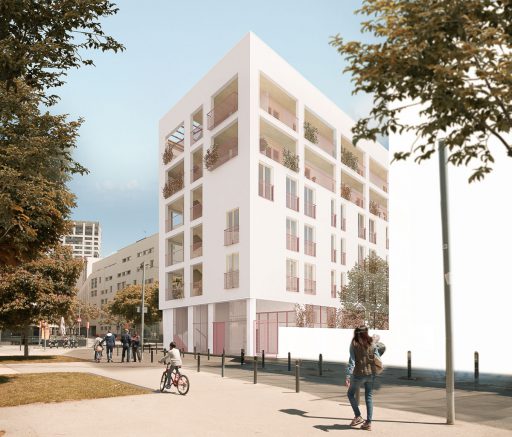